The Death of the Julia Division

Memoirs of an Officer

This is my father's book - the true story of the fairly unknown "local" war between Italy and Greece, located in time in the early days of World War II. It is the compelling, day-by-day chronicle of the personal suffering of soldiers and officers commanded to make war on an enemy whom they had no reason to hate.

It was a war of mistakes where plans were inadequate, orders were contradictory, maps were wrong, supplies were almost nonexistent, and failure was almost guaranteed. The book highlights the anguish of soldiers going to war for a cause they do not believe in, yet following orders and doing their best even though death was almost a certainty. This is a timeless story of the conflict between beliefs and duty, of moral dilemmas and choices, of conflicting priorities, and of bravery in the face of death.

My father was an Italian Army officer who fought in this little remembered war and was wounded but survived, unlike most of his men. He wrote this book years later, based on his war diary; and it was published in Italy, in Italian, in 1970 with the title Storia della >>Julia<< nella campagna di grecia. The book had substantial sales in Italy and received several literary awards. But I never read it until now, years after my father's death. Why?

I was a child in Italy when this war took place, and my memories of that time are extremely unpleasant. As an adult, I did not want to be reminded of those years. I also assumed this was just another war book written by a man whom I viewed as unemotional, and uncompromising.

I was very wrong. The book introduced me to a man I had not known - compassionate, even towards the so-called "enemy," and driven by a sense of duty to his country and to his "Alpini." They were his family as much as My mother and I were. Although I resented this as I was growing up, I understand and respect his feelings now.

I am delighted that my daughter, Laura Maria, translated this Italian literary jewel. 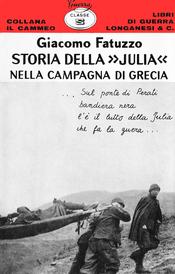 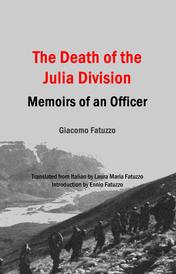